Latest News from the MCOBA 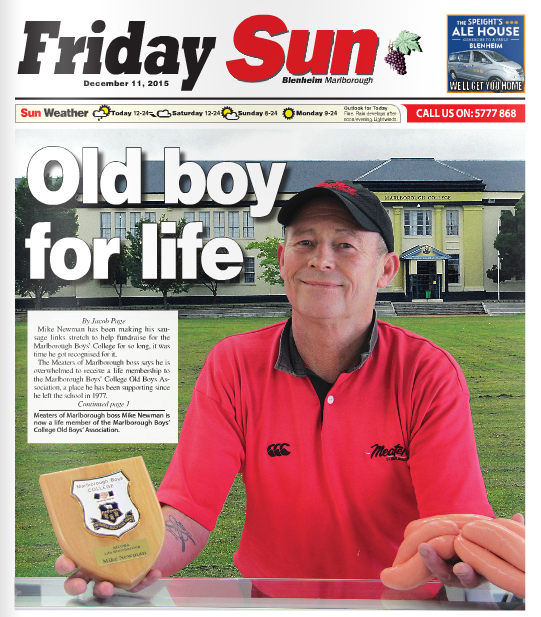 Article by Jacob Page - Courtesy of The Blenheim Sun Newspaper

Mike Newman has been making his sausage links stretch to help fundraise for the Marlborough Boys’ College for so long, it was time he got recognised for it.

The Meaters of Marlborough boss says he is overwhelmed to receive a life membership to the Marlborough Boys’ College Old Boys As- sociation, a place he has been supporting since he left the school in 1977.

Mike says he left after three years because “back in those days that was all that was needed” and became a butcher at the request of his mother who thought one of her boys needed a trade. “I did it and thought I’d only be here four years – that was the plan but I’ve been here ever since.” Mike says he liked to think of himself as a cog in the fundraising wheel. “I’m very much the guy in the background and I’m sure there are people out there do- ing it who are more deserving than me.

“I spend too much time working here so I don’t have the chance to be out there, but I like to help those people that are out there actively doing it – the ones who are at the games selling the raffels or cooking the sausages. “I don’t feel like the Old Boys’ Association asks for much but they make whatever they get work.”

Head of the Old Boys Association Ross Anderson says Mike’s generosity over many years has helped hundreds of children and young adults are able to afford opportunities and reach their full potential. “Mike may give us $10 worth of sausages for example but we can then turn that into $40 worth of fundraising for a sports team or individual. “While it’s not cash, it’s product that we can make plenty of money from and we really appreciate that.”

Mike says while the prospect of a new combined college site is exciting he loved the main building on the MBC ground.“I think the Association has a key role to play in keeping the history relevant when the move comes.” Ross says Mike’s contributions are not just limited to MBC and his community spirit knows no limits.

www.mcoba.org.nz
Find us on Facebook
Join the MCOBA on LinkedIn 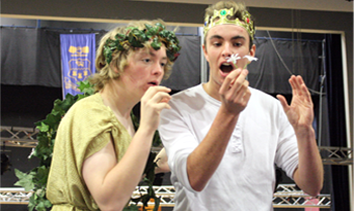